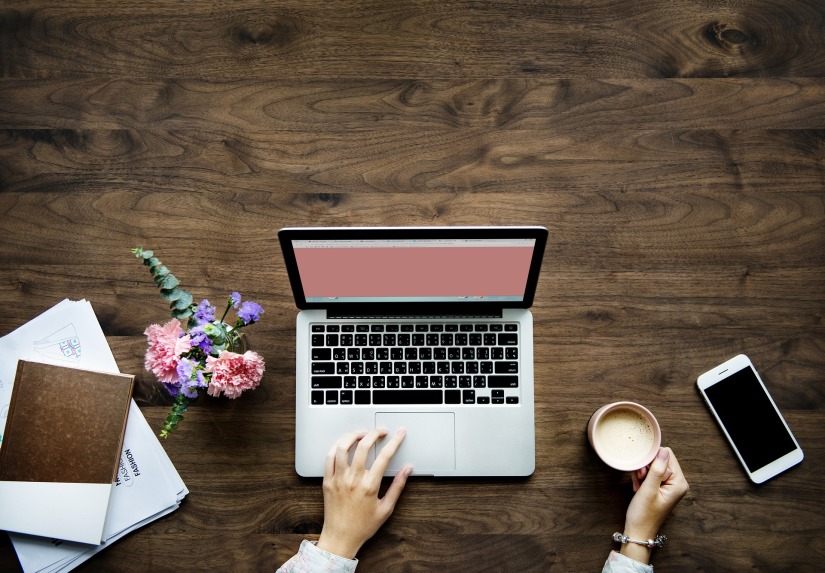 I will be profiling some amazing authors, getting their secrets to publishing success and also share with you some great resources to help you on your writing path.

If you’re not a writer but just someone who enjoys reading – that’s okay. You will discover some great authors and books in various genres.

Making her debut on the first edition of Writers Wednesday is South African romance author FRANCINE BEATON. She published her first romance novel – a contemporary sports romance called EYE ON THE BALL—in April 2018 after she first started writing in July 2016.

Francine is such an inspiration. She is a prolific writer who is truly dedicated to the craft of writing.

Francine, thank you for joining me at Chapters of My World on this Writers Wednesday…

How did you develop such a passion for writing and tell me about your writing journey thus far?

I always loved reading but never thought I’d write a book. In July 2016 we went to holiday in New York. On the return flight I read a rugby romance that was so terrible that I thought I could do better. When our flight landed at OR Tambo, I not only planned the book, but a series of five books. That Monday I started writing and I kept on writing. I had no idea what I was doing! I can now admit that my first drafts were just as terrible as the one I read on the plane but it didn’t matter. I just wrote and wrote, not only finishing that five books but three others before I went on a Romance Masterclass with Sarah Bullen in Cape Town. Sarah mentored me the next three months until I was ready to submit my first book to publishers. I wasn’t very optimistic but I got a three book deal with a publisher in New York. (I think it was a sign, seeing it was on a flight from New York that I got the idea to write.) While I waited to go through the process of cover designs and editing, I kept on writing and planning more books and more series. I guess the more I write, the more I want to write. Since Eye on the Ball was published, I got my rights back and went the self-publishing route. If I have to publish all the books I’ve written so far and the ones I planned out, I will have 53 books!

You’ve written the Kick-Off Trilogy and the Playing for Glory series which are sport romances. What attracted you to this genre and what makes the sporting world a great setting for a romance?

Rugby players rank among the sexiest athletes in the world but that was not what interest me so much in the game that I still keep on watching it. Professional rugby must be one of the toughest games on the planet. It’s a fiercely contested sport. The guys at the top needs to be tough to suffer disappointments, injuries, rehabilitation and waiting for their chances. It taught them many values though: mental strength; the value of commitment; sportsmanship; teamwork; respect for their teammates, the referee, their opponents and the game itself—traits I deeply admire.

I guess that years of watching the game and the athletes involved in it, prepared me to write a romance with rugby as a theme. I’ve been watching the game since I was a young girl. We didn’t have much choice in our house as I had three rugby-playing brothers and a father, and even my mother, who loved the game. Even after my father passed away and my brothers stopped playing, I still kept on watching, sometimes alone as I’m the only rugby enthusiast in our house.

Rugby is an amazing sport, becoming more popular, especially since the shorter form of the game, the Sevens, was included in the Olympics. Its increasing popularity, in the US, was proved when I met a young player from Jersey on a boat cruise on the Hudson during the Fourth of July celebrations in 2016. Although I didn’t think about the significance of the meeting then, I still believe it planted the seed of inspiration for the series called Playing for Glory.

Tell us about your daily writing schedule and do you set writing goals to ensure your productivity?

My writing schedule is not always the same. When my daughter was still at home, I used to get up at three and wrote until she woke up for school. I then wrote from eight until twelve, when I had lunch and a power nap. I wrote then again in the afternoons until five when I knock off to spend time with my family. Nowadays my daughter studies in Australia and my husband is often away for work. I sometimes still get up at three when the muse strikes but my schedule is more relaxed. I sometimes don’t write at all or I can write from three in the morning until eight at night.

I need to adapt though as I won’t have the luxury of a study in the next four years. We’ll be nomads for a while, often travelling. I learned to write where I am and when I can sneak in a paragraph or two, even if it is while waiting for my next flight or on the train. It will be useful for the travel blogs I’m planning.

Are you a plotter or a pantser – someone who doesn’t plan too much?

Strange as it may sound, I’m both. As I’m a series writer, I need to plan my series, the tropes, the characters and the settings. Other than that I’m a pantser, letting my characters take me on journeys I never expect as long as what they fit in with the books published before them. When I finish a book I’ll go through it, and make notes of the scenes I have. I can then see where I need to tighten the manuscript or need more scenes but that’s it.

You chose to self publish. What informed this decision and what are the pros and cons of the self publishing industry?

I first went the traditional route. A small publishing house in New York had published Eye on the Ball. The publisher had already accepted Obstruction and Making the Right Call but I only then realised how long it would take to get all my books published. I was scared I’ll be dead before I publish them all! By the time I showed my work to Sarah, I had already written eight books with a few more planned. When Eye on the Ball hit the shelves, I had written five more! I thought I’ll first try one and published Taste for Coffee. I loved being involved in the process and thought I’ll try another one. Since then got my rights back to my books signed with the publisher and self-published them too. It’s not to say I won’t go the traditional route again. I’m considering submitting my current WIP to an agent.

For me the pros to self-publish is definitely the control I have over covers, and the editing process and the faster timelines. The cons are the expenses and the fact that you are solely in control of what happens. If there are mistakes, it is your own. You can’t blame anyone else.

Many self published authors find it a challenge to market themselves and get their books noticed. How do you overcome such challenges in your writing career?

That’s true, marketing is one of the most difficult aspects of publishing a book and it applies not only to self-publishers. Unless you are one of the big names, you don’t get the same marketing assistance. You anyway have to do most of the marketing work yourself. I find networking invaluable – with other authors, reader groups and other self-publishing groups. By working together we help to cross-promote and keep each other motivated.

What are you currently working on and do you have a release date?

I’ve just finished the second draft of Taste for Wine and hope to release at the end of July 2019 at the latest. My current WIP (work in progress) is my first attempt at a romantic suspense called Until You’re Mine, which is the first book in a trilogy set in Scotland. After that I will finish my first romantic comedy with the quirky name of My Secret Life with Unicorns. After that it is back to the rugby romances in time for the Rugby World Cup. I have three novellas and two full-length novels finished.

I don’t watch a lot of television (except rugby). When I relax I watch Netflix though. My favourite series is Outlander without a doubt.

I always find it difficult to choose! For romances, I’m a huge Nora Roberts fan. I also love crime fiction and my favourite authors in that genre is Deon Meyer, Stuart Macbride and Ian Rankin.

Since I’m such an Outlander fan, Jamie Fraser.

Scotland and in close second spot, Penang in Malaysia 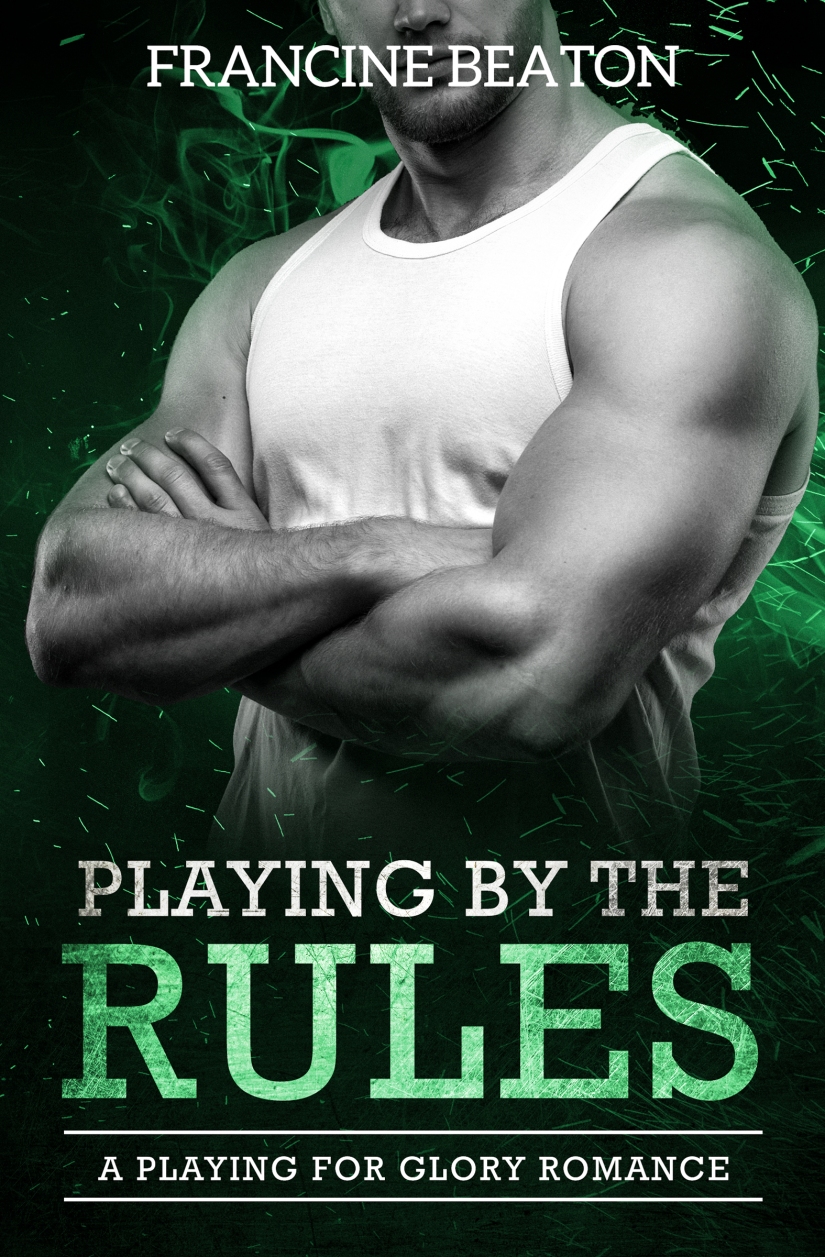 PLAYING BY THE RULES (PLAYING FOR GLORY, #4)

“If you know what’s good for you and your career, stay away from my daughter!”

Ulrich Fölscher wants to play rugby for the Buffaloes and the Springboks and eventually become the best chef in town. In that order. There is no place for romance in his life. Obeying Coach Brady’s command is easy, until he meets his daughter Samantha. She is everything he needs – warm, bubbly – and possibly, the missing ingredient he lacks to spice up his life.

Sammy is a professional athlete and she too knows the rules. But it is hard to resist Ulrich’s quiet strength, focused determination and, most of all, his delectable kisses.

Both know how to fight for what they want. But as their desire for each other intensifies, so does the pressure to make a choice. Can Ulrich and Sammy continue to play by the rules or risk it all for love?

Playing By The Rules, is the fourth standalone sports romance in the Playing For Glory series, it follows the lives of red-hot professional rugby players and the women they love.

I hope you enjoyed finding out about Francine Beaton as much as I did! I’d love to hear your thoughts on this post. Please drop a comment below and thank you for visiting.

View all posts by chaptersofmyworld